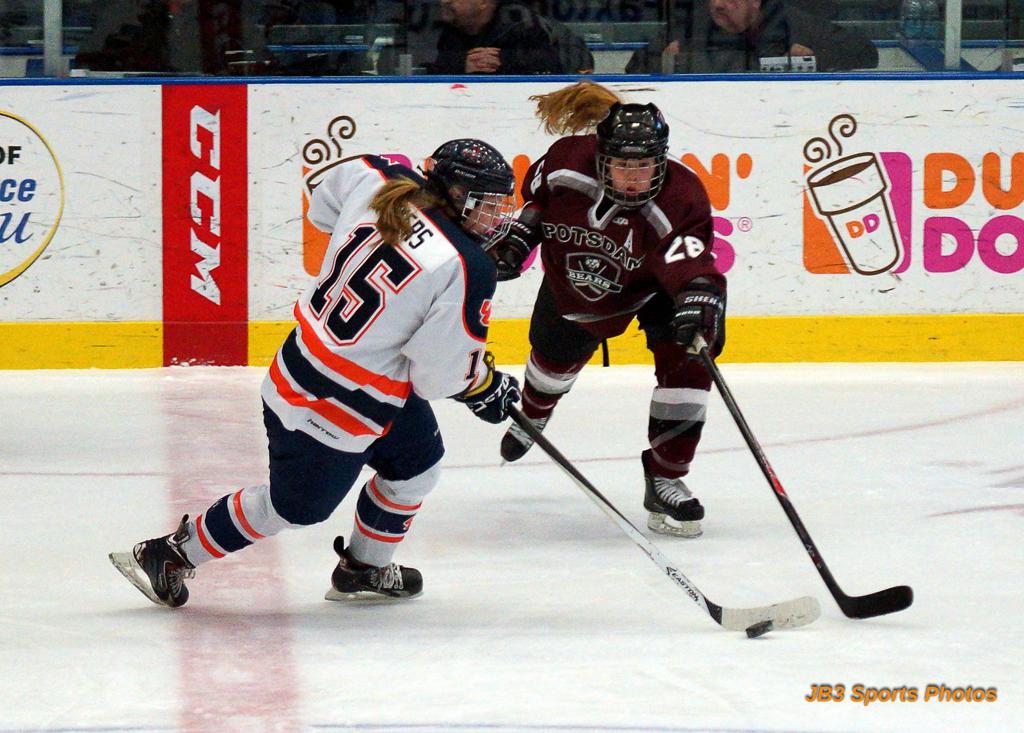 Megan Grew up in Las Vegas, Nevada and played her junior hockey for the Anaheim Lady Ducks and the LA Selects tier I programs. Megan then was recruited to play DIII NCAA hockey at Utica College (2011-14), where she netted 74 goals and 69 assists for a total of 143 career points in 104 games, leaving her tied for 1st in goals scored and second in points in Utica College women’s hockey program history. Leading her team to four post-season appearances, she held spots on the ECAC-West All-Conference Team for four consecutive seasons and was named a CCM All-American in 2013.   As a post-graduate, Megan continued onto the professional ranks, playing in the Canadian Women’s Hockey League (CWHL). Megan was drafted in the 12th round by the Boston Blades and was a member of the Clarkson Cup winning Boston Blades team in 2015. Megan played 4 years in the CWHL, spending 2 years as the Blades Captain, and is currently a member of Professional Women's Hockey Players Association (PWHPA). As a coach, Megan spent 5 seasons as an assistant coach at the NCAA Division III level coaching at Becker College, as well as being a Director for Can/Am Hockey Camps in Lake Placid, NY for the last 8 years.

Megan is without a doubt a phenomenal addition to our family here at CarShield Hockey. With  Megan and Lauren's expertise and work ethic, both on and off the ice, we are excited to see it all translate into long term success for St. Louis area youth girls playing hockey.  We believe strongly in the opportunity that great coaching and mentoring can bring with our new staff members, Megan and Lauren.